With the influx of food delivery vehicles on the road, there are more opportunities to be struck by a delivery car now more than ever. If you have been injured in an accident involving a food delivery driver from Uber Eats, GrubHub, or another company, you owe it to yourself to contact us today. You might be surprised by how much your case is worth.

Given the Covid-19 pandemic, many of us don’t leave home anymore unless we need to. That includes picking up food from restaurants and taking it home for dinner. Why even take the risk of becoming infected with COVID-19 or getting in an accident when there are delivery services like Grub Hub, Uber Eats, DoorDash and Postmates? Customers need only use a smartphone to go on a delivery service’s app, order what they wish and have it delivered to their door. Different apps are linked to different restaurants.

Risks Rise With More Delivery Drivers on the Road

Thousands of drivers are on the road across California every day for food delivery services. It’s inevitable that some of these drivers will cause accidents. The more that the numbers of these drivers increase, the more the chances of accidents with injuries increase too. What does an injured accident victim do when a traffic accident is caused by the carelessness and negligence of a delivery driver for one of these delivery services.?

Don’t Believe What the Delivery Service Tells You

Accidents resulting in injuries that are caused by delivery drivers pose their own special problems. The first hurdle that just about every claimant will encounter is the argument that the delivery driver who caused the accident was an independent contractor, and the injured claimant should look to that individual driver’s insurer for compensation. That may or may not be true depending on what the driver was doing at the time of an accident and the nature and extent of the victim’s injuries. 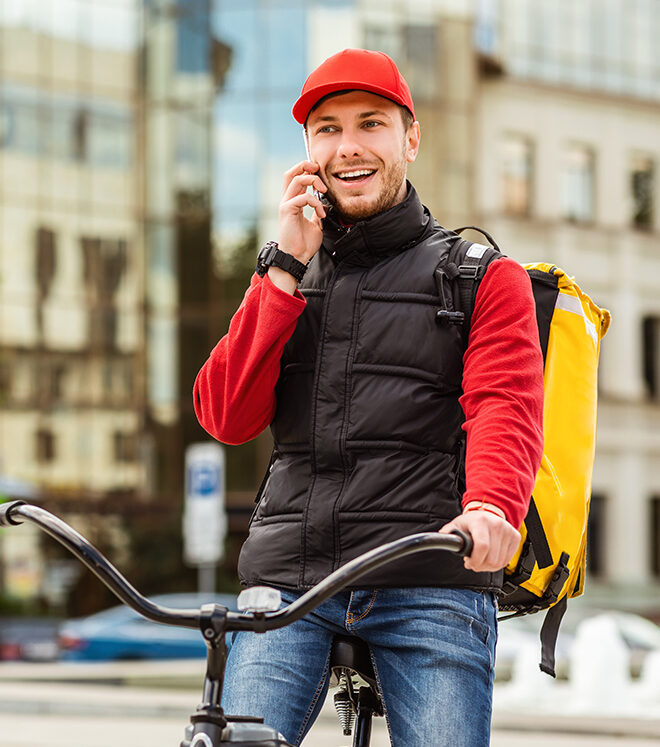 A food delivery driver might only be insured for personal injury at California’s minimum liability limits of $15,000 per person and $30,000 per occurrence. The hospital and medical bills for a surgery on a fractured lower tibia and ankle will cost far more than $15,000.

Then, there are the other personal injury damages that might include the following:

Insurance coverage for food delivery drivers isn’t a one-size-fits-all proposition. In nearly all cases, a food delivery company’s insurance is designated as secondary coverage. The driver’s personal insurance is primary. What that means is that if the delivery driver’s personal liability policy limits are exhausted, the delivery company’s insurance coverage is then triggered for purposes of excess coverage. 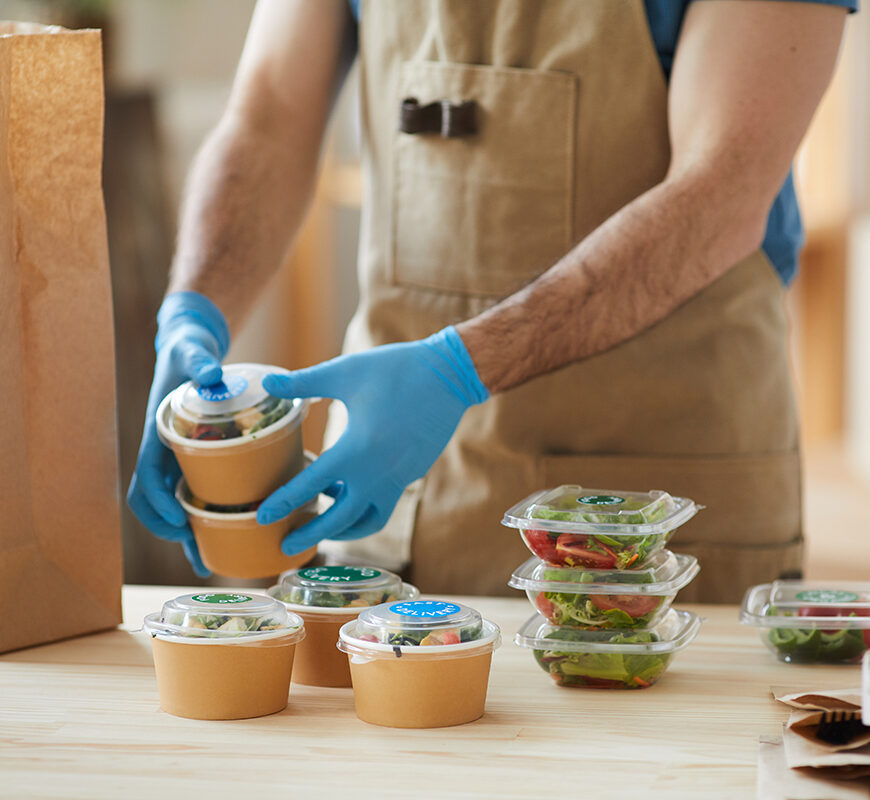 Here are some of the major food delivery service providers and the types of coverage that they have:

Uber Eats: As soon as a driver logs in on the app, Uber’s bodily injury liability coverage of $50,000 per person and $100,000 per occurrence begins. Upon beginning a delivery, that limit increases to $1 million until the delivery is completed.

Postmates: Liability coverage from Postmates attaches upon causing an accident while on an active delivery. It operates as excess coverage after the driver’s personal policy limits are exhausted. Coverage for DoorDash drivers is substantially similar.

Grubhub: It appears as if Grubhub doesn’t carry any insurance at all for its delivery drivers. Given a new development in California law, this might become problematic for Grubhub.

The New Development in California Law

Governor Gavin Newsome signed California Assembly Bill 5 into law in September of 2019. It became effective on January 1, 2020. It operates in favor of gig workers and against the interests of the businesses that employ them. As opposed to automatically classifying gig workers as independent contractors, the new law requires businesses to reclassify them as employees in accordance with the “ABC Test” as set forth in a recent California Supreme Court decision. As a result of this reclassification of gig workers, food delivery companies are now significantly more vulnerable to many types of claims and lawsuits, including those brought by innocent victims of the negligence of food delivery drivers. Those victims might include other motorists, motorcyclists, bicyclists, skateboarders and pedestrians. After being injured in a crash that was caused by the carelessness and negligence of a food delivery driver anywhere in California, you’ll want to arrange for a free consultation and case review with our California food delivery accident lawyer. You’ll be fully advised on all of your rights and legal remedies.

Here are some common examples of delivery driver negligence:

Distracted driving like talking on a cell phone, texting or using a navigational device while driving.
If you were injured in an accident that was caused by a food delivery driver, you have the right to seek compensation for your injuries and damages. Don’t expect the delivery driver’s insurer to treat your claim for damages with any respect though. It’s in business to collect premium payments and pay out as little as possible on claims. That’s how it keeps a healthy bottom line and its shareholders happy.

Never Give a Statement of Any Kind

In many cases, an opposing insurer’s adjuster might contact an accident victim before a claim is even made. The purported purpose of the contact would be “just to see how you’re feeling now.” Nothing could be farther from the truth. The real reason for contacting you is to obtain a recorded statement from you. California law doesn’t require you to give an opposing insurance company any type of a statement. That adjuster already knows how the accident occurred. He or she has a copy of the police report that details exactly how it happened. No matter what that adjuster says, politely refuse to give any type of a statement. You’ll risk damaging a perfectly good case by giving one. Call us instead to arrange for a free consultation and case review.

After being injured in an accident that was caused by a careless delivery driver anywhere in California, you’ll need to immediately protect and invoke your rights. We know exactly what to do if an adjuster closes your file to try and intimidate you for refusing to give a statement. We also know what to do if an insurer attempts to dodge responsibility for its insured person’s negligence. Contact us for that free consultation and case review with a California delivery accident lawyer as soon as possible after being injured in an accident. We want to know what happened and how you’ve been affected. We’ll be pleased to answer your questions and get you pointed in the right legal direction. After being retained to represent you, we don’t even charge any legal fees unless we obtain a settlement or award for you.